What have I learned about people and culture in the last 5 years?

I’ve spent a bit of time looking back and reflecting on the last five years of TLC.

I’ve been thinking about all the things that we’ve done, the journey we’ve travelled and the experience we’ve gained along the way.

The main thing that stands out is the absolutely wonderful team I’ve had the experience to work alongside over this five year period and I thought I’d take the opportunity to share five things that I’ve learnt about people and culture in this time.

1. Getting the right people

Time and time again I’ve learnt the importance of having the right people in the right place. I often think about the organisation being a bus. A bus that’s going on a journey where the destination is known but sometimes the route you take on the way isn’t. A bus where you experience lots of unexpected highs and amazing scenery but also some potholes and challenges along the way. As in  any journey it’s really important that you have the people sat in the right places and that’s one of the most important things that I’ve learnt.

One of the ways that we do this is by using a pre-interview exercise with candidates based on Simon Sinek’s Golden Circle. This asks you to start with ‘why’ and we ask prospective candidates to share their personal why before we start a formal interview process. As we adopt more value-based recruitment practices I’m excited to see what will come next.

I’ve also been reminded of the importance of using induction periods, probationary periods and line management 1-2-1s as a way of making sure that you retain the right people in the organisation and I have learnt about the importance of being brave when things go wrong. Being open and honest enough to say when the wrong decision has been made and have open conversations around it.

We spent much of the last five years without any formal HR support and made the leap last year to outsource some external HR support to work alongside our Director of Business Services. It’s made a real difference to how confident we feel in our HR practice and I’m really grateful for all the other charity chief executives who helped guide me along the process of deciding what was best for us.

2. Reviewing the structure of the organisation is a never-ending task!

We are an organisation that has changed and grown considerably over the last five years; in terms of the number of people who work or volunteer with us, the areas that we deliver services in, the number of people that we work alongside in those services and also the geography that we cover.

I’ve learnt that this is a process of transition and sometimes you have to take periods of challenge before you get to where you really want to be. Personally, I’ve been challenged at times by the number of people that I have directly line managed. I’ve been really committed to being the best line manager I could possibly be and actually that’s quite challenging when you manage a lot of people. It was however, totally necessary as we went through that stage of growth and has also meant that I been fortunate enough to work alongside some fantastic members of our team in both  our clinical and operational services and that’s massively added to my journey of learning.

I now only line manage 4 people and although I like the extra time and space it gives me, I do miss the regular connection I had with many of our team. I have to work hard to get that connection in a different way now.

3. The importance of staff groups.

It was quite early on in our journey that we established our two staff groups. We first had a LGBT+ staff group and a People of Colour staff group and both were facilitated by members of our organisation who identify in those communities themselves. Looking back I think we felt unduly proud of where we were and we thought we were further on than we were in our Equality, Diversity and Inclusion (EDI) journey. I think we’ve grown up and matured a lot as an organisation in the last couple of years.

We launched our EDI strategy in 2021 and we are currently just entering the second year of it’s implementation.  We went out to the organisation to see if they thought the staff groups that we had with right for the organisation and a colleague identified a gap around a group for people in the organisation with a disability. That new staff group was set up just over six months ago.

Originally being a staff group facilitator was a voluntary role and we reflected on the fact that we were putting too much pressure and emotional labour on people who identify in those communities themselves to carry the facilitator role without explicitly acknowledging the impact this had. We made the facilitator role a paid role back in 2021 and I think that has made a massive difference to how integrated the staff groups are in the organisation and how seriously they are viewed. The three facilitators of the groups report directly into me and we have a structured meeting every six weeks where they give me constructive feedback around the organisation and what more we could be doing.

I’m very conscious to say that we are not where we want to be on our EDI journey yet and still have so much more we could be doing but I am excited about what will change and improve over the second year of the strategy.

We worked hard to first put that right and ensure we had a fair and equitable system. We launched our organisation-wide pay and reward policy in 2021 and now have a transparent structure with 7 grades. Each member of staff knows which grade they are paid at, and what specific point they are on in the grade. Everyone knows what grade all roles are on. We explain in our policy our approach to cost of living and have a robust process for sharing details of any cost of living award on an annual basis.

We are just about to begin a process of externally benchmarking our pay and reward policy to get an external view about whether we are paying at the right level. We are clear that we want to be an organisation that pays at the median of the sector but be at the top of the sector with regard to our wider reward package and have worked hard to establish a reward package including a generous leave entitlement, your birthday off each year, an employee assistance programme and a CPD allowance. There is so much more we want to include in our reward package too!

But I’m conscious that we’ve still got a way to go and we need to spend some time this year reviewing our approach to competency frameworks and appraisal but I am pleased with the progress we’ve made.

I remember when we first launched TLC I was really nervous about how could you maintain a culture of an organisation as it was going through a period of growth. I spent ages researching how did you keep that culture that was almost tangible when you walked in to a building as the organisation changed shaped and size. I realise now that you can’t keep hold of a culture but that’s not a bad thing. Culture changes and grows and get stronger and tested by new people arriving in the organisation and they make it so much richer.

I do think it’s really important to work to engender a really collaborative environment that enables a culture to grow and develop.  There’s so many ways that we’ve worked to do this. I look back with such happy memories of our first TLC picnic with family team games, a whole series of do’s and celebrations, and now our monthly coffee and cake sessions.  We’re just about to launch our first people strategy and I’m excited to see what changes that might bring too.

The most important thing for me has been about investing in a really diverse team both in terms of demographic diversity but also diversity of thought. Its through our team that our culture continues to emerge in ways that you can’t predict or foresee, which are so rich and so valuable. This has probably been one of my most important lessons over the last five years.

It’s probably no surprise that as the chief executive of a relationships charity I believe that people are absolutely key and I have been so privileged to work with some of the most inspiring people over the last five years.  I am ever so grateful that people accept me as who I am and celebrate with me when I do things well and put their arm around me and support me when I do things wrong and make mistakes.

I believe wholeheartedly in the need to be an organisation where people can bring their authentic selves to work and I hope we are somewhere on that journey now five years on.

I’m excited to see what the next five years will bring. 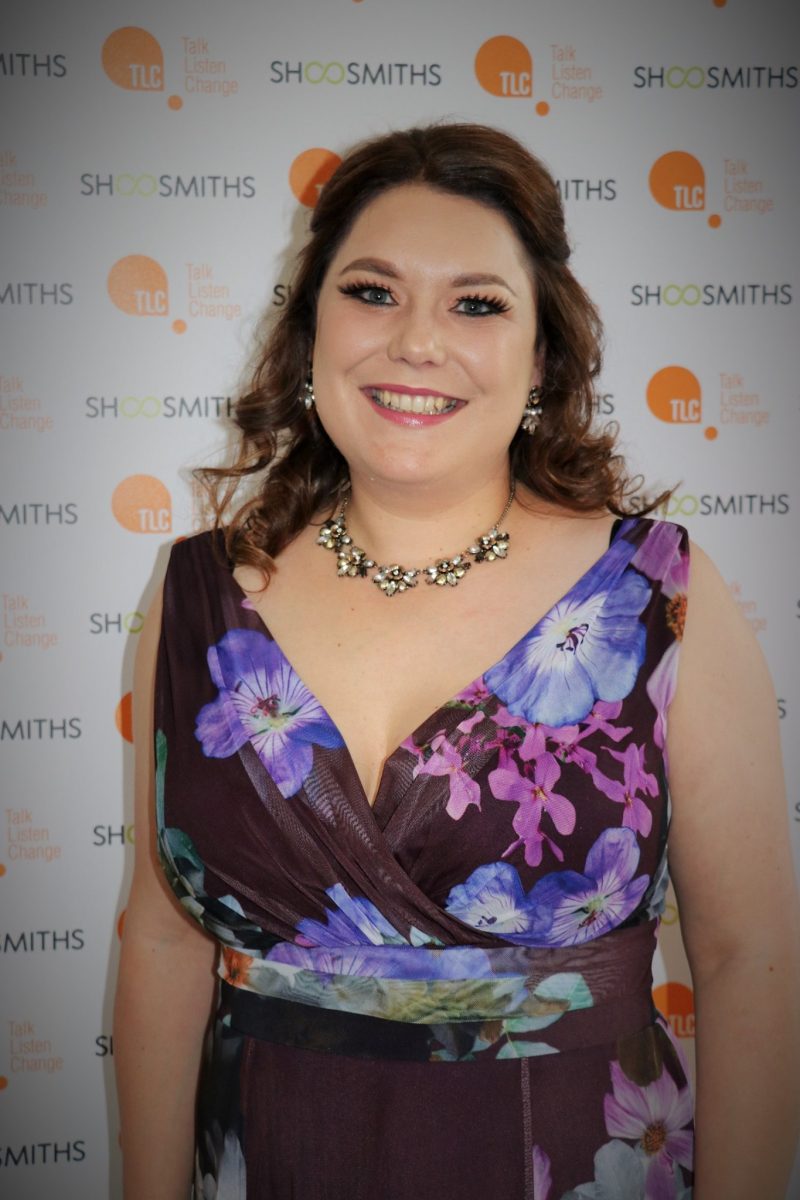 Read more blogs, news and thought leadership from our CEO 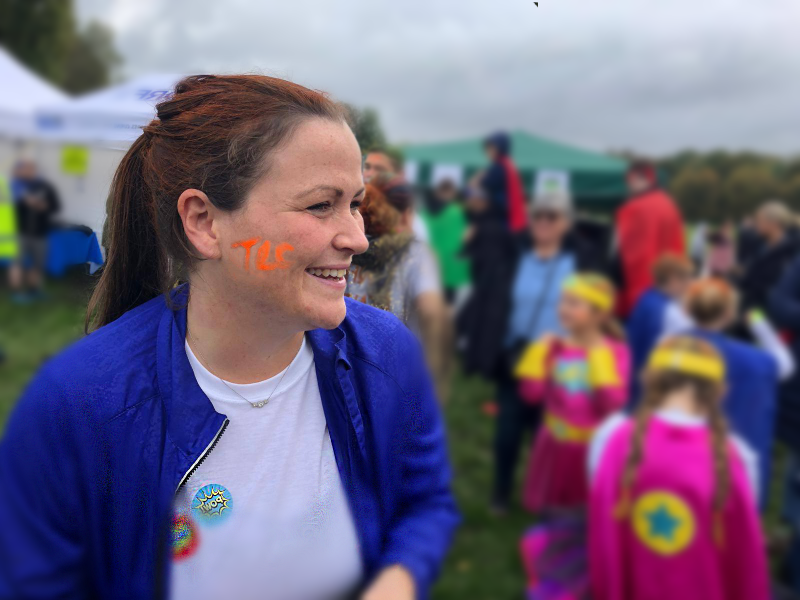 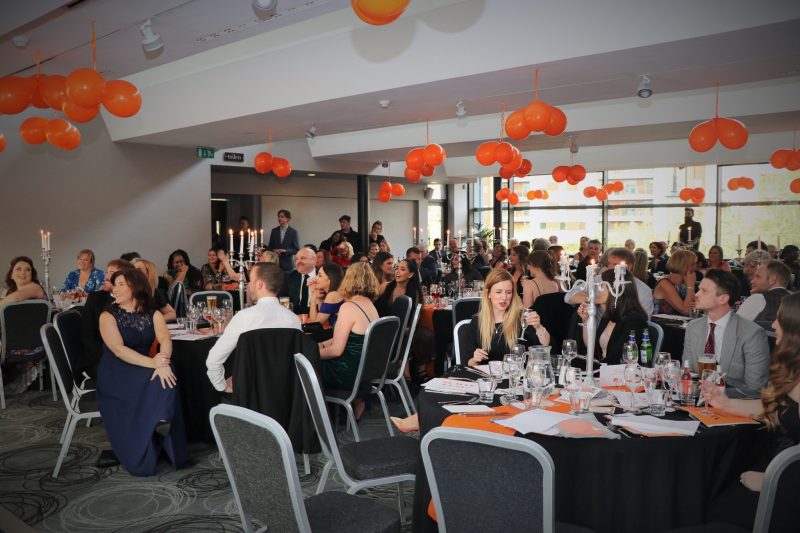 What did we learn just 2 years' into being TLC?